There is a brilliant story about Second Lieutenant Arun Khetarpal, PVC of the Indian Army. The 21 year old made the supreme sacrifice for the Indian.. 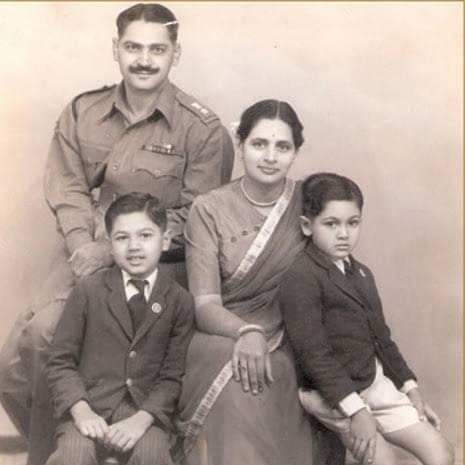 There is a brilliant story about Second Lieutenant Arun Khetarpal, PVC of the Indian Army. The 21 year old made the supreme sacrifice for the Indian Army during the 1971 War with Pakistan in The Battle of Bassantar.

But the story just begins with the gallant officer’s sacrifice.

Thirty years later in 2001, his father, Brig M L Khetrapal, now 81 years old, decided to visit his birthplace in Sargodha, Pakistan. At the airport itself, he was met by a certain Brig Khwaja Mohammed Naser, who took it upon himself to be his host and guide. Brig Naser went out of his way to ensure that Brig Khetrapal had a very satisfying and nostalgic visit to his old home in Sargodha and then insisted that he stay with him as his personal guest at his home.

Brig Khetrapal was overwhelmed by the kindness and courtesy bestowed upon him by the entire family. He was treated with utmost respect and deference and then on the night before his departure, Brig Khwaja came up to him and confided.

“Sir, there is something I wanted to tell you for many years, but could not get the opportunity. It is regarding your son Arun. I am the man who killed him.”

“On that night of 16 December 71, I was leading the counter attack of 13 LANCERS against the Indian bridgehead at Basantar. Your son was on the opposite side, standing like a rock. His courage was exemplary. In the battle, tank casualties were high. Finally it was just the two of us in our tanks facing each other just 200 meters apart. We both fired simultaneously. Yet it was destined that I was to live and he was to die.”

"It was only later, when your son became a national hero, that I realized who was the brave opponent facing me and how young he was. We were both soldiers doing our duty for our nations. I salute your son for what he did. I salute you too, Sir, because seeing you, I know where he received the values that made him such a courageous young man.”

Brig Khetrapal was shaken. To be faced with the man who killed his son and hearing it all revealed would have hurt, but he was a soldier himself and realized that what Brig Khwaja had done was just a soldier’s act in the line of duty. He sat silent for a while, then walked up to his son’s opponent, shook hands and embraced him lightly. No words were spoken, none were really needed.

The next day photographs were taken, and Brig Khetrapal was escorted and seen off at Lahore Airport by his gracious host. Two weeks later, the photographs of his visit reached him at his Delhi address, along with a personal note from Brig Naser.

“With warmest regards and utmost sincerity to Brig M L Khetrapal, father of Shaheed 2 Lt Arun Khetrapal, PVC who stood like a unsurmountable rock between the victory and failure of the counter attack by the SPEARHEADS – 13 LANCERS on 16 Dec 1971”